Whim, a mobile app start-up by Maas Global Oy, aims to address the worsening air pollution and traffic congestion. The simple idea is to make commuting so good that people will never want to drive their cars again. 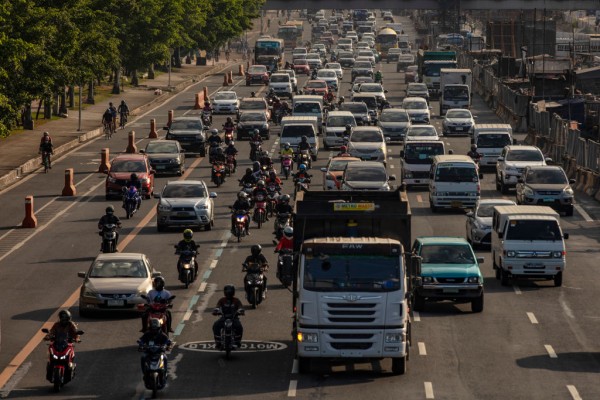 (Photo : by Ezra Acayan/Getty Images)
MANILA, PHILIPPINES – APRIL 27: Cyclists ride along a bike lane alongside traffic on April 27, 2021 in Quezon city, Metro Manila, Philippines. Many Filipinos, including healthcare workers, are hopping on bicycles as an alternative means of transportation as public transit remains restricted in the Philippines during the world’s longest Covid-19 lockdown.

Whim: Around the World

The Finnish-based app has been trying to improve the transport service since 2015. Since then, it has now reached various European countries, and even in Tokyo, Japan.

In Whim’s home country, Finland, a total of 12% of its users have already ditched their car, and more people are planning to go the same route, Bloomberg reported.

Companies from Japan like Mitsubishi, and Toyota are investors of the start-up that aims to fix underlying problems in transportation.

Whim’s goals could then produce a world with more happiness and better wellbeing. A study measured and linked air pollution to the deterioration of the two attributes.

According to the same report by Bloomberg, 30% of greenhouse gas emissions are from transportation alone, at least in the United States.

Vehicles are contributing to air pollution more than any other sector in the country.

In response, Sampo Hietanen, Chief Executive Officer of Whim, wants to make commuting too convenient to lessen the carbon emissions from cars. He added that he envisions replicating the “freedom of movement” that a private vehicle provides to the public transport system.

The chaotic problem of traffic congestion has been present for a long-time. Elon Musk, CEO of Tesla, even ventures into addressing the said problem.

Whim, on the other hand, is a route planner that could suggest the most efficient way of getting from one place to another. Users could book vehicles, or purchase tickets to go to where they desire.

As such, instead of driving a private vehicle to go around the city, users could pick from the multiple services that the app offers. There is a city bike service, an electric scooter, fixed-price taxi, and other public transports.

However, according to TechCrunch, the service that the app offers does not automatically reduce the number of cars on the roads. For instance, the migration from train and bus to the fixed-price taxi would result in more congestion on the road.

Read Also: Apple Car Technology Can Help Drivers and Passengers Find Their iPhones Inside the Vehicle

For first-time users, the initial payment model could be the pay-as-you-go.

However, there is also a Netflix-like method for users who continuously use the service. It would be similar to the monthly subscription of the streaming service, which the entertainment company would also like to extend into its gaming ambition.